Below are the official results for the 2021 Municipal Election.

As these differences pertain to the Office of Councillor, they are due to eleven (11) extra ballots which were found in Referendum and Senate Vote ballot boxes in the days following the election and, as a result, were not counted on election night. Ballots cast for the Referendum Vote were counted on Tuesday (October 19) and ballots cast for the Senate Vote were counted on Wednesday (October 20).

These differences are also in part due to a recount that took place on Thursday (October 21) to confirm that Neil Sieben in fact secured the sixth and final seat on Council. This recount took place at the request of Ken Heggie and was conducted in the presence of scrutineers for both candidates.

Thanks to everyone who came out to vote. Administration is looking forward to working with our newly elected Council and Mayor. 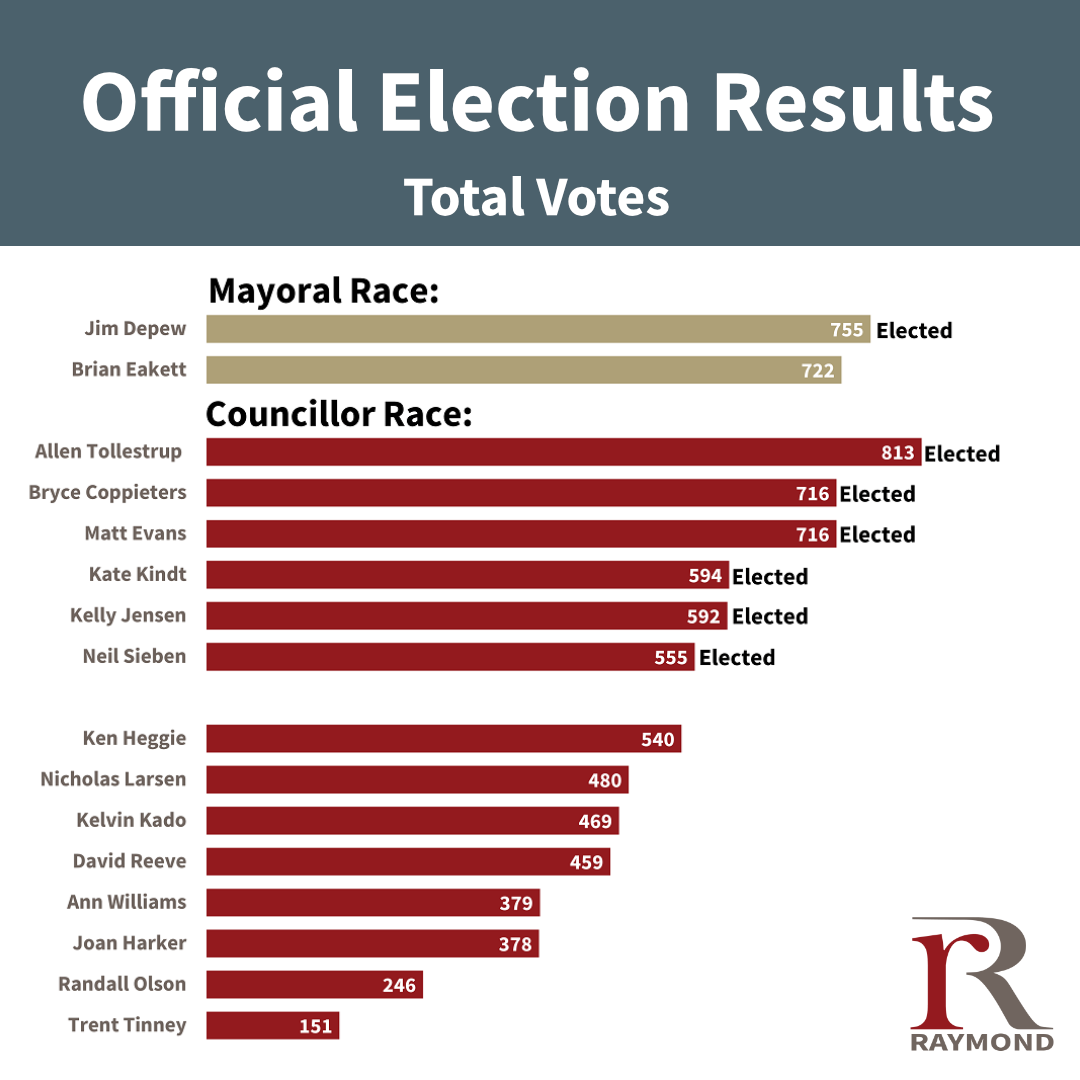 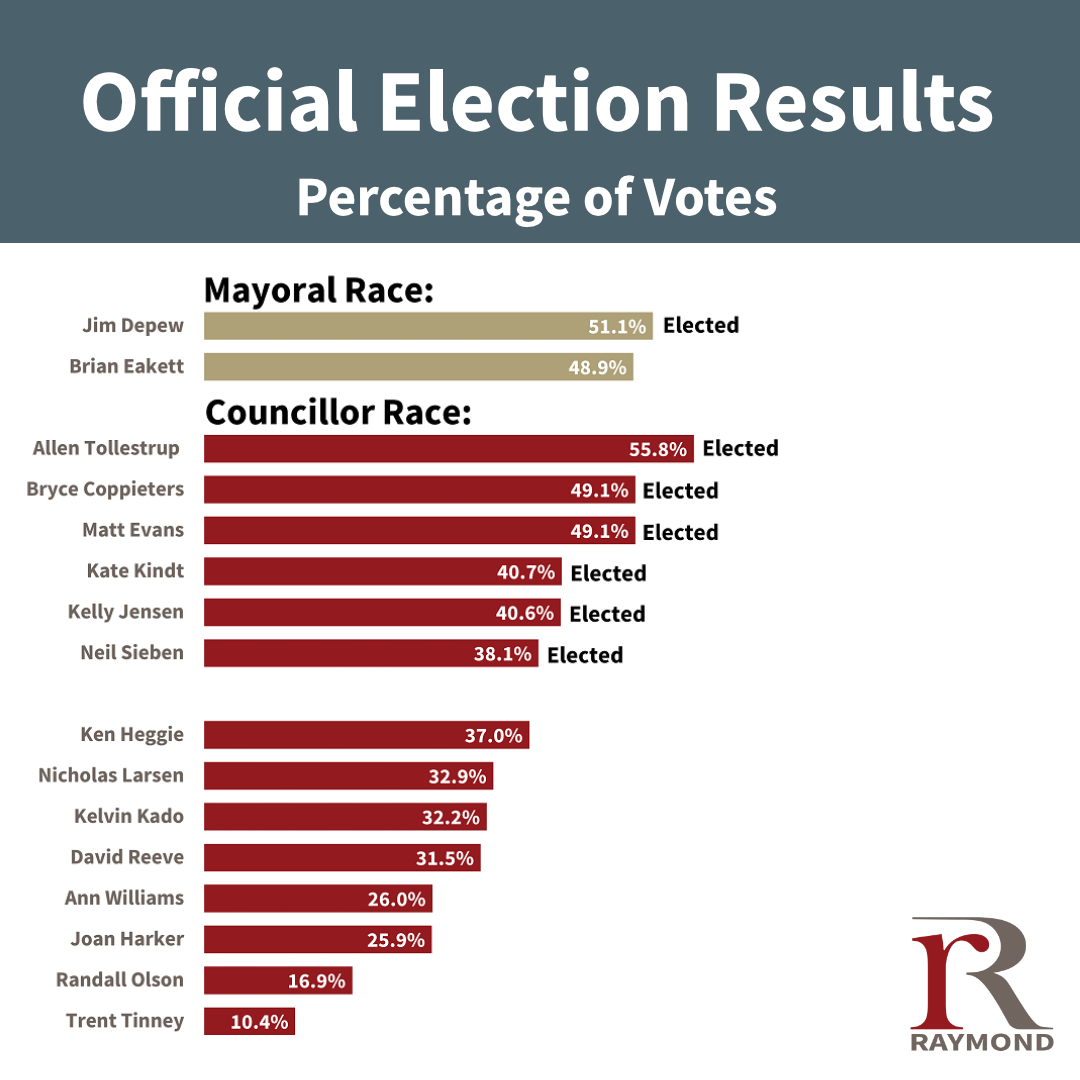